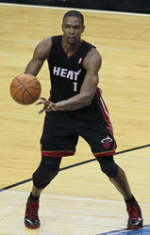 The Washington State clinic comments on a recent article that vein health is not only a cosmetic matter, and not only for middle-aged and older patients

A September 26 article on Sporting News reports on the reflections of recently retired NBA star Chris Bosh of the Miami Heat and the Toronto Raptors. During the summer, Mr. Bosh ended his NBA career at 33 due to blood clots in his legs and lungs. Washington-state based clinic Northwest Vein & Aesthetic Center points out that the fact that a young man in absolute peak condition can be vulnerable to serious vein problems that began in his legs is a reminder that people of any age, and any degree of physical fitness, can be vulnerable to vein issues. As Mr. Boshâs issues were considered serious enough to be life threatening if he continued to play professional basketball, itâs also a reminder that vein problems can be more than a simple cosmetic concern.

Northwest Vein & Aesthetic Center states that there is a difference between blood clots that affect the legs and lungs and the more common problem of varicose veins. It is important for women and men of all ages to stay on the alert for any visible issues, such as enlarged veins on their legs or any other part of their body, even if they are not particularly bothered by them. The clinic adds that itâs entirely understandable that most patients with such common issues as varicose and spider veins focus mainly on the way the veins may impact their appearance or, in some cases, pain or itching that might be related to enlarged veins. The clinic says that patients with varicose veins should not worry about life threatening blood clot problems ordinarily; however, potentially life threatening clotting issues known as DVT, or deep vein thrombosis can be difficult to diagnose. It adds that anyone concerned about either of these conditions should discuss the issue with a physician. People with particularly severe varicose veins can suffer from other complications of venous disease and should address the issue, says the medical center.

Northwest Vein & Aesthetic Center concludes by noting that most vein issues are unpleasant nuisances that lower the quality of our lives but do not threaten them; nonetheless, it is always a good idea to have anything unusual at least looked at by a physician, whether a patient is 25 or 85 years old. The center adds that it provides a full range of care for all kinds of vein problems.

Interested readers who would like to learn more about vein health and treatments at Northwest Vein & Aesthetic Center to eliminate varicose and spider veins may call (253) 948-4378. They can also visit the clinic online at http://nwveins.com/. The center has two Washington State locations, one in Olympia and the other in Gig Harbor.