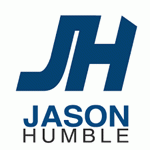 New York, NY, Oct. 25, 2019 (GLOBE NEWSWIRE) -- (via Blockchain Wire) Entrepreneurship opportunities are present everywhere you look in this day and age, although admittedly hidden from plain sight in many cases.

Entrepreneurs can come from humble beginnings, so long as they're willing to work hard, commit to their ideas and take the risks necessary to see those ideas become reality.

âI am a firm believer in understanding that the first person to reach adversity in life, winsâ. Such an iconic quote from Jason Humble, a man who has dedicated his life to embracing his struggles and turning them into ultimate successes.

Becoming a business force to be reckoned with, "Prosperity is a great teacher; adversity a greater." - William Hazzlitt

Itâs undoubtedly difficult for anyone to achieve their goals with a tough start to life. But remember: if anybody ever did it, then you can too. And thatâs something which shines in many cases of people who achieve incredible things despite their early life situation, it often drives the hunger for success and motivates the individual.

Jason Humble was a son to an absent father and a drug-addicted mother, who passed away early on in his childhood only to be adopted at 10. Nobody would blame him if he had continued down the same path. Nobody but himself, that is. Jason is currently becoming a force to be reckoned with and the main pollinator behind many deals, especially those within the tech industry which he specializes in. He is the proud Founder of multiple business ventures that include Humble Family Office LLC; Humble Capital Consulting. Being an investor in multiple tech companies further solidifies his expertise in this space, one being Snowball Money, an IOS platform that brings crypto portfolio investing to the masses. Snowball emulates the buying habits of stock investors, making a simple, beautiful and trusted user experience which Jason, alongside legendary investors, believe to be the future.

The Humble bridge between investors and clients, âWhen you give everyone a voice and give people power, the system usually ends up in a really good place. So, what we view our role as, is giving people that power.â - Mark Zuckerberg Â Â

Jasonâs specialty is consulting with and vetting proprietary technological projects and bridging the gap between investors and clients. He has originated millions of dollars for countless strategic opportunities since beginning this venture. Most people you speak to will describe Jason as a closer.

âJason is the type of investor that every entrepreneur dreams about, providing material value upon investing, a deep rolodex of strategic partners and resourceful co-investors.â - Parul Gujral, CEO of Snowball Money.

Jason Humbleâs success and accolades have opened many doors when it comes to partnerships and relationships, which has enhanced his ability to connect the right people based on expertise and personality types. This has reflected in multiple sides of his various ventures including the recent partnership with Â  David Kovacs who is a Managing Director for Formulus Black, Audioeye, Advisor of XGen.tech, Co-founder of First Contact Entertainment; and former managing director of private equity for the Hinduja Group.

Jason has had the pleasure to speak on many stages. His favorite talks, however, are when he has the opportunity to speak to children at the Precious Dreams Foundation in which he is an active Board Member for www.preciousdreamsfoundation.org. Â During his talks, he emphasized the importance of mentorship, and shares with his audience the books that helped build and shape his belief in himself and his capabilities, these are: Rich Dad, Poor Dad by Robert Kiyosaki, Developing the Leader Within You by John C Maxwell, and Own the Moment by Carl Lentz. Â  Â  Â  Â  Â  Â  Â  Â  Â  Â  Â Â

Jason looks at life as a deck of cards, âYou have 52 cards in a deck. In that deck, vetting will weed out the extra jokers. As you turn over each card, you will come across different numbers, alongside some Queens, Kings and Aces. Each deck has 4 aces, some people come across their Ace to soon in life and are unable to attract them because they are not ready for success nor do they have the business acronym. Others run into their Ace a little later. Life is such. We come across people with different backgrounds in different cultures every day. You may find your Ace at the beginning of your deck, or at the end. Ultimately In business, itâs our job to go through the deck to find the appropriate match for intellectual property and keep turning those cards over. Some people spend too much time looking for âjustâ their Ace. My view is every card is valuable to someone. Although the Ace may be the sharpest, you can still specifically pick and choose the right match for each card in your book of business. Each card is of value to someone as there are a number of games you can play with the 1 deck you are handedâÂ  - Jason Humble Â  Â  Â  Â  Â  Â  Â  Â  Â  Â  Â Â

Hard work and humility is the gateway, âJason Humble has mastered specific traits that separate him from most. His humility is a vital entrepreneurial quality to success. I believe there is no shortcut for your journey to the top; like Humble, you must take the staircase. Your dream will not become reality without the right fuel; it takes incredible sacrifice, hard work and accelerators like Jason to give you a chance to win.â Jason Stone, The Millionaire Mentor.

If youâd like to connect with Jason in regard to capital consulting, you can connect via his email at jasonhumble@humblecapitalgroup.com