Made In New York Jazz Festival makes history at its Montenegro event, despite the pandemic

With the theme for 2020 being “Stay ‘Negative’ and Share Love,” the Made In New York Jazz Festival went on as scheduled in Montenegro and actually made history in the Balkan region. This jazz festival was the first music event of its kind to be broadcasted in its entirety to a national TV audience during prime time, airing on RTCG 1 and RTCG SAT. 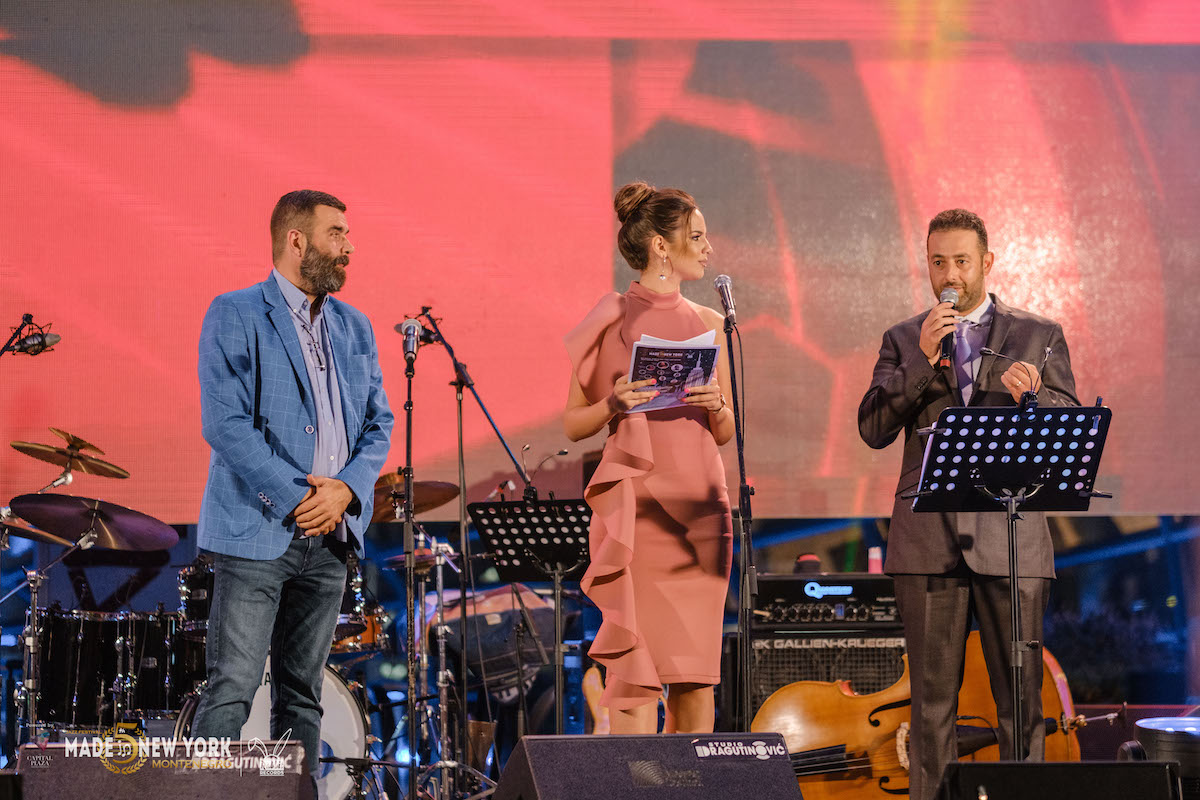 Made in New York Jazz Festival Montenegro, powered by Capital Plaza, celebrates its 5th anniversary. Together with it’s partner company Rabbit Record the festival presented another never seen before lineup of musicians,  including legendary artists for the US and famous musicians from the Balkans.

In spite of these unprecedented times around the world brought about by the COVID-19 pandemic, the Made In New York Jazz Festival was able to make history when the festival was held in Montenegro from Sept. 4-6.

For the first time in history of Montenegro, the entire Festival was broadcasted live from both locations on national television RTCG during prime time. Music lovers in the Balkan region and from around the world were able to watch and enjoy the performances streamed live on YouTube as well.

The three-day festival kicked off with the celebration of the 100th anniversary of Charlie Parker, legendary Jazz icon of the 20th century in Tivat City. The festival also celebrates its 2nd year of partnership with one of the most prominent resorts on the Balkans, Porto Montenegro, by opening the festival with its first show on Synchro Stage.

The second day of performances held in the “Sejdefa Ethno Jazz Club” included special guests “Reunion Funk Band” from Belgrade. After the show, the audience had an opportunity to enjoy the jam session with local musicians and the guests of the festival.

The final day of the festival was held in atrium of The Capital Plaza, main partner of the Festival for the past years. The festival concluded with a dedication to Dizzy Gilespie.

“If you want to experience a combination of unique voices, special lineups with performers around the globe, original music and famous jazz standards in one show, you should follow Made In New York Jazz brand” – says Yaacov Mayman the artist director of the brand.

Despite the pandemic, artists were able to safely travel to Montenegro, taking heed to necessary precautions and tests. Audiences practiced social distancing while wearing mask and enjoying performances.

“Our slogan for this year is ‘Stay Negative and Share Love,’” said founder and CEO Michael Brovkine while opening the show. Brovkine expressed, “Our mission is to keep music alive despite all the difficulties and challenges that people are facing around the world,” because music makes people happy – and happiness in any and all forms is much needed during these times.”

During the festival, elegant, new models of Renault, official vehicle of the Made in New York Jazz Festival and continued supporter of the event, were shinning near the stage in both Tivat and Podgorica.

“Running the festival during regular times vs pandemic makes the whole difference. Our success is measured not only by musical success, but by conducting it in the safest way possible so everyone can enjoy and still be safe! National television of Montenegro broadcasted live both Made in New York Jazz Festival shows, so more people can enjoy the spirit of jazz. – says Vladimir Maras.

Promotion and broadcast of The Made in New York Jazz Festival was made available via RTCG, Vijesti Television, Pobjeda and Antena M.

About Made In New York Jazz Competition and Festival

The post Made In New York Jazz Festival makes history at its Montenegro event, despite the pandemic first appeared on PRUnderground.