Rupert Resources Drills 2.5g/t Gold Over 37m Including 7.3g/t Gold Over 8m on Eastern Step-out Extending Ikkari Strike Length to at Least 650m and Vertical Depth to Over 400m 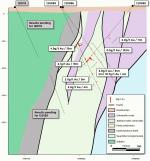 Figure 1. New discoveries and updated base of till anomalies at Area 1 (Photo: Business Wire)

The results reported extend the strike length at Ikkari to at least 650m with mineralisation now believed to extend to a vertical depth of at least 400m (a 50% increase on the previous deepest intercept of 274m). Further to this, more results from the central section of the Ikkari discovery continue to demonstrate both the high-grade potential and broad widths of mineralisation.

Highlights only above. See table 3 for detailed results

James Withall, CEO of Rupert Resources commented “These new results from our initial step-out drilling to the east show that the true extent of the Ikkari mineralising system is yet to be defined. Drill holes on three separate traverses have successfully intersected mineralisation over significant widths, up to 160m away from previously reported results and at depths previously untested. The strike at Ikkari has been increased by almost 50% since the first step-out holes were drilled in June with weighted average grade of the intercepts almost 25% higher. Figure 2 in this release shows how dramatically the discovery has evolved in just the first 6 months of drilling. We are now drilling potential depth extensions at Ikkari from the north and will report this along with results from the regional targeting program as assays become available.”

Ikkari is located in Area 1, a 5km long highly prospective section of a regional domain-bounding structure (figure 1), 20km of which is contained within Rupert’s contiguous land holding. The multiple discoveries in Area 1 have been achieved despite a 10 to 20m overburden of glacial till, using a combination of geophysical methods and base of till (BoT) sampling. This generative exploration continues with many new BoT anomalies continuing to be defined.

New results from drilling step-out drill holes at the Ikkari discovery on 80m sections towards the east have intersected significant thickness of mineralisation (see table 1), including a higher-grade component, extending the broad mineralised envelope to at least 650m of strike length (figure 2). In addition, these new results demonstrate mineralisation at increasing depths (figures 3a and 3b).

Mineralisation intersected to date in the east is associated with altered mafic-ultramafic rocks and associated with stockwork quartz-carbonate veins, with higher grades associated with the most intense veining and deformation, as well as albitised felsic sedimentary intercalations. The mineralisation at Ikkari remains open to the east and west and at depth. Drilling continues to progress, targeting depth extensions and systematically stepping out along the predicted strike indicated by base of till anomalies, which extends for more than 1 km in total (figure 2). To date, 17,453 metres have been drilled at Ikkari in 57 holes, with results reported for 44 holes. Additional drill rigs are to be added in the new year with winter conditions allowing drilling of areas which have not been accessible since the discoveries of Heinä South and Ikkari earlier in the year.

The Pahtavaara Project is located in the heart of the Central Lapland Greenstone Belt, Northern Finland where the company owns the permitted Pahtavaara mine that is on active care & maintenance and within a contiguous licence package of some 425km2. The Company acquired the project for just USD $2.5m in 2016 and is undertaking exploration both at the existing mine and across the region to demonstrate the potential for significant economic mineralisation.

Area 1 comprises a large part of a structural corridor that lies between Kittilä Group allochthon to the north and the younger Kumpu Group basin to the south. The zone is dominated by large E-W to ENE trending faults which have controlled broad to isoclinal folding within the sediment-dominated (Savukoski Group) rock package. A complex network of cross cutting structures has focused multi-stage fluid flow, with gold mineralisation associated with massive to fine-grained disseminated sulphides and concentrated at favourable structural intersections.

Mr. Mike Sutton, P.Geo. Director and Dr Charlotte Seabrook, MAIG, RPGeo. Exploration Manager are the Qualified Persons as defined by National Instrument 43-101 responsible for the accuracy of scientific and technical information in this news release.

Samples are prepared by ALS Finland in Sodankylä and assayed in ALS laboratories in Ireland, Romania or Sweden. All samples are under watch from the drill site to the storage facility. Samples are assayed using fire assay method with aqua regia digest and analysis by AAS for gold. Over limit analysis for >10 ppm Au is conducted using fire assay and gravimetric finish for assays over >100ppm Au. For hole 120071 all mineralised samples were submitted for screen fire assays with gravimetric finish. For multi-element assays Ultra Trace Level Method by HF-HNO3-HClO4 acid digestion, HCl leach and a combination of ICP-MS and ICP-AES is used. The Company’s QA/QC program includes the regular insertion of blanks and standards into the sample shipments, as well as instructions for duplication. Standards, blanks and duplicates are inserted at appropriate intervals. Approximately five percent (5%) of the pulps and rejects are sent for check assaying at a second lab.

Base of till samples are prepared in ALS Sodankylä by dry-sieving method prep-41, and assayed by fire assay with ICP-AES finish for gold. Multi-elements are assayed in ALS laboratories in either of Ireland, Romania or Sweden by aqua regia with ICP-MS finish. Rupert maintains a strict chain of custody procedure to manage the handling of all samples. The Company’s QA/QC program includes the regular insertion of blanks and standards into the sample shipments, as well as instructions for duplication.

Rupert is a Canadian based gold exploration and development company that is listed on the TSX Venture Exchange under the symbol “RUP”. The Company owns the Pahtavaara gold mine, mill, and exploration permits and concessions located in the Central Lapland Greenstone Belt in Northern Finland (“Pahtavaara”). Pahtavaara previously produced over 420koz of gold and 474koz remains in an Inferred mineral resource (4.6 Mt at a grade of 3.2 g/t Au at a 1.5 g/t Au cut-off grade, see the technical report entitled “NI 43-101 Technical Report: Pahtavaara Project, Finland” with an effective date of April 16, 2018, prepared by Brian Wolfe, Principal Consultant, International Resource Solutions Pty Ltd., an independent qualified person under National Instrument 43-101 – Standards of Disclosure for Mineral Projects). The Company also holds a 100% interest in the Surf Inlet Property in British Columbia, a 100% interest in properties in Central Finland and a 20% carried participating interest in the Gold Centre property located adjacent to the Red Lake mine in Ontario.