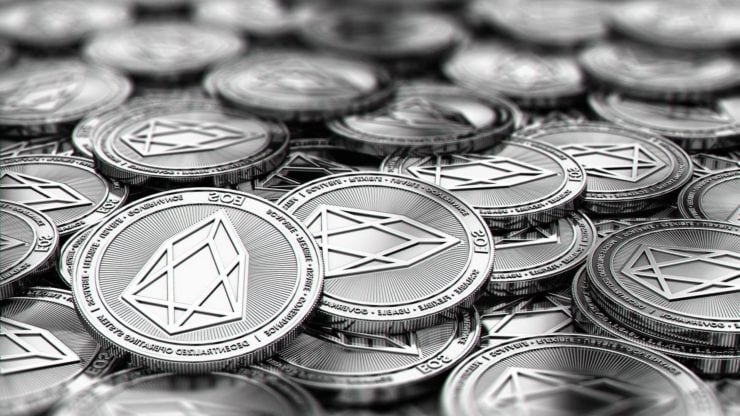 EOS.IO (EOS) price has fallen sharply in January after Dan Larimer announced he will depart Block.one, the company that created the software that powers the EOS blockchain.

Larimer is one of the founders of Block.one and has been the company’s chief technical officer since 2017. He announced his departure via Block.one’s social platform Voice.com

“I will continue on my mission to create free market, voluntary solutions for securing life, liberty, property and justice for all. I do not know exactly what is next, but I am leaning toward building more censorship-resistant technologies,” Larimer said to Voice.

He said that he’s not part of the company since December 31, 2020. In addition to announcing his departure, Larimer also said he will boycott Twitter, claiming the social network’s “censorship has gotten out of control”.

“Voice has a huge battle ahead and will need to adapt if it wants to escape the same kind of coerced censorship of its users,” Larimer said in a statement. “We can no longer rely on these services. Voice is not immune from this censorship pressure. We are entering dark times.”

His departure was confirmed by Block.one, which said he left the company to start working on personal projects.

EOS price is trading over 2.5% lower today to continue its tight range that has started near the end of the last week. EOS price traded in an extremely volatile fashion last week after failing to secure a close near $4.00 despite a high buying interest in EOS from the beginning of the month. 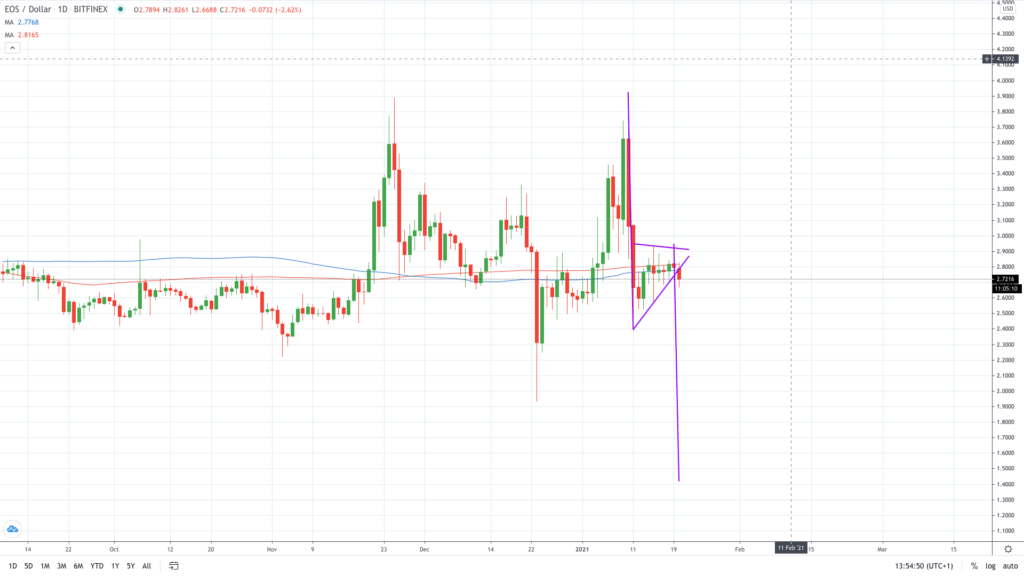 Instead, the price action rotated sharply lower to drop nearly 40% to $2.40, before consolidating within the $2.50 – $3.00 range. However, the initial move lower has created a bearish pennant that will be activated with a daily close below $2.78. In this case, the measured target is $1.40.

Co-founder and CTO of Block.one Dan Larimer announced his departure from the company. This news prompted a huge selloff in EOS price, which dropped almost 40% in two days.

The post EOS (EOS) price could hit $1.40 in February. Here’s how appeared first on Invezz.