Best Selling Books is pleased to announce a free giveaway of the coming of age story The Vagabond King. 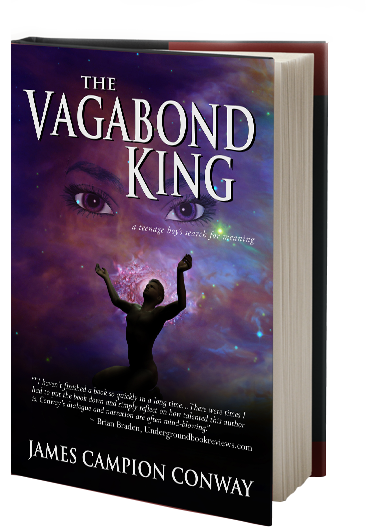 From the very first paragraph of the novel it promises to be a unique read, according to readers. The book follows the life of a 16-year-old boy named Chris who, after his mother dies, is haunted by a mysterious apparition that forces him to question his pampered existence and embark upon a quest to find himself.

Hoping she will “make a man of him”, he seeks sanctuary in the home of Magda, a middle-aged waitress with a penchant for sex, only to discover she lives with her father, a cigarette smoking, beer swilling immigrant.

Chris hates his shabby new surroundings at the end of the street and the shabby old man at the end of his life who spends his days listening to old blues records and making Chris fetch him fresh cans of beer.

“I haven't finished a book so quickly in a long time because these characters were so intriguing,” writes Brian Braden from Undergroundbookreviews.com. Pixie Lynn Whitfield of the-bookaholic.blogspot.com agrees and says, "The Vagabond King had a unique sense of style that had me immediately turning the pages from the moment I picked it up.”

In fact, it is the writing style which sets this book apart from most books as it is written in an incredibly evocative lyrical and poetic style.

“There were times I had to put the book down and simply reflect on how talented this author is. Conway's (the author) dialogue and narration are often mind-blowing,” said Braden. Amazon reviewer Real Laplaine agreed and said that The Vagabond King is “filled with metaphors enough to taunt any imagination… an excellent read.”

As the story progresses, Magda’s father, often referred to only as “the old man” begins telling tales of Communist Hungary, torture, escape and the mysterious medallion he wears as the seemingly disparate themes of mythology, astronomy, religion and the histories of Hungary, Africa and ancient Mesopotamia are expertly woven into a metaphysical mystery.

The Vagabond King is “an absorbing read, and while I can't quite put my finger on it there is something special about it,” said TopCat, another Amazon reviewer.

By the end of the book what has started as a simple coming of age story has become much, much more as Chris learns that, like the old man’s skipping records, history repeats itself and the roles we play have been played many times before.

As TM Romero said in an Amazon review, “if the world and literature survive into the next age, The Vagabond King will probably be a classic.”

For readers who enjoy young adult, contemporary or literary fiction, The Vagabond King maybe just the book they’ve been looking for.

Recognize an employee or business