Innovative blockchain fund, Orta Mine Fund, prepares to lead the way in the New Year as the global economy and the cryptocurrency industry expect to witness major changes 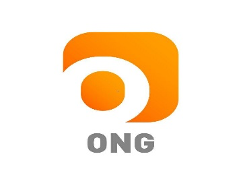 Orta Mine Fund has grown over the years to become a major player in the world of blockchain technology, and the company looks poised to deliver even more amazing solutions to the different stakeholders in the digital currency industry as 2021 nears. This claim was recently substantiated with the company’s OMF Project Orange seemingly taking advantage of third-generation technology to benefit their investors.

The U.S. elections and the recent global economic downturn have significantly affected the public blockchain markets. With Joe Biden replacing Donald Trump in January 2021 and the likely policy changes, the Blockchain sphere is set to be disrupted again, especially with the present administration not hiding their bias against the blockchain industry. Donald Trump himself has made numerous disparaging remarks about Blockchain on Twitter, including recent comments about Facebook Libra and the intrinsic value of Bitcoin. President-Elect Joe Biden has not made many public statements concerning blockchain technology. However, many of his allies are friendly to the blockchain industry.

The later part of 2020 saw a massive influx of crypto flowing into Ethereum-based DeFi smart contracts, allowing savvy investors to take advantage of increased leverage, which is an indication of what to come in the New Year.

Orta Mine Fund looks set for whatever 2021 is bringing, upgrading from a private blockchain to a public blockchain, and moving into the Decentralized Finance sector to provide amazing new options to profit for our investors.

For more information about the Orta Mine Fund Project Orange and other initiatives from OMF, please visit - http://ortaminefund.com/. Orta Mine Fund can also be found across social media, including Facebook and Twitter.