By: Latest Press Releases from Newswire.com
Avail the best they have to offer. 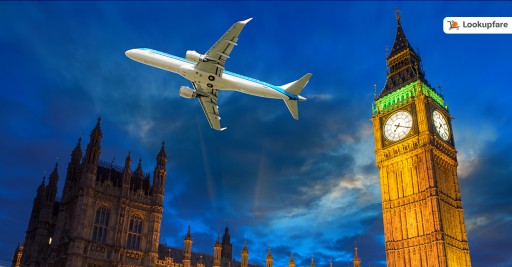 The Year 2017 has brought many new developments for Europe’s low-cost carrier Norwegian Airlines. Lookupfare is proud to announce that the trusted airline has recently announced the launch of a brand new aircraft, brand-new routes affordable flights on the direct low-cost transatlantic routes and much more.

According to the latest reports, last year, the airline company catered to more than 4.5 million passengers all over the world. The constant growth in the development of the company has led the introduction of the following:

First time expansion of 10 new routes from the UK to the UK east coast cities, including routes to Boston, Oakland-San Francisco and Las Vegas.

Becomes the first European airline to be flying new Boeing 737 MAX to be able to launch new long-haul routes outside the States.

Nine 787-9 Dreamliner aircrafts for increasing the numbers of direct flights to the USA.

New daily double services to New York and to Los Angeles. Also, the airline plans to increase the number of flights on Oakland-San Francisco, Orlando and Ft. Lauderdale routes.

Along with Norwegian’s trending growth chart, the company has simultaneously looked at improving its social foot print by creating 23 pilot jobs and 70 cabin crew roles.

Lookupfare, a leading online travel agency based in the United States and also, partner with Norwegian Airlines, is taking it as a new step towards providing its customers more affordable flights options for their travel needs.

In a statement, Thomas Ramdahl, Chief Commercial Officer at Norwegian said, “Norwegian has seen rapid UK growth and this year will be no different. Through exciting new routes and even more low-cost USA flights at affordable fares, we will enhance the travel choices for UK consumers at a time when cost and great value are more important than ever. With more new aircraft servicing brand new routes we will continue delivering and expanding upon our high quality service in the skies.”

“We have always seen an increasing demand for low-cost airlines within the United States and outside, amongst which Norwegian Air has topped the list. With this development in line for summer 2017, we are already looking at the increase in the number of bookings for this airline,” according to Lookupfare.

“We offer an extensive range of affordable Norwegian flights deals that caters to the needs our customers within the States and outside. We have already started aggressive promotions for the same and look forward to receiving an outstanding response from our travelers,” the team added.

Lookupfare is a leading travel portal that offers wide-range of flights and hotels deals to travelers all across the world. It operates with the aim of offering its customers the cheapest traveling deals and provides them with the most inspiring and experiential journeys possible. Headquartered in Cleveland, the portal offers various custom travel deals viz. deals under $99, deals under $199, First Class travel, Business Class travel, last minute flights, etc.