By: Get News
SoCap Bonus is a next generation payroll bonus system. Recently it launched its SoCap utility token in the non-wage benefits industry.

SoCap bonus has established itself as an Innovation Payroll bonus system designed simultaneously for the employee and the employer. In recent progress, the company has expanded by launching its SOCAP Utility Token on Kanga Exchange . 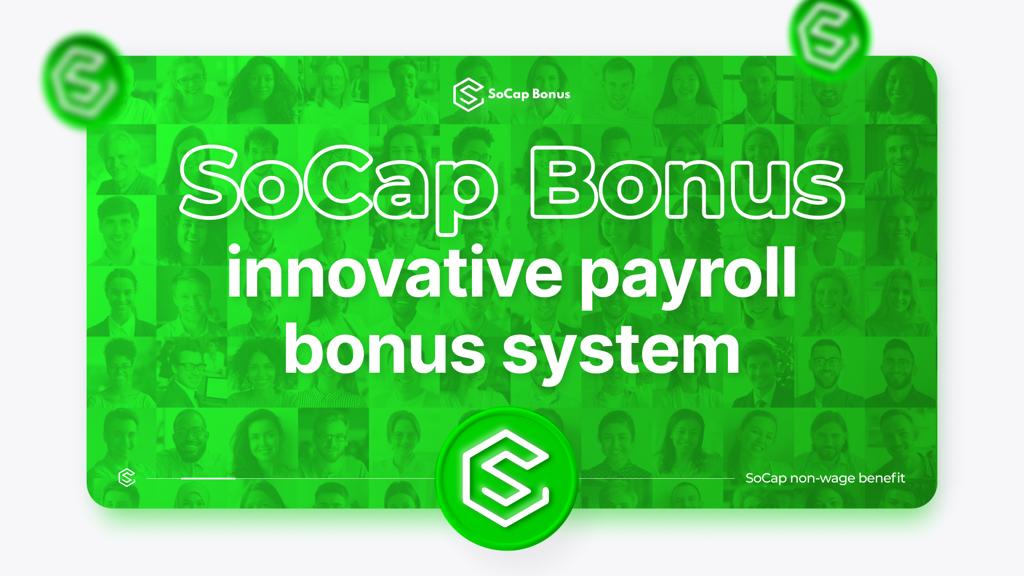 SOCAP TOKEN definition it’s a type of asset that allows users/holders to purchase certain goods or services that are currently offered and will be offered in the future by the token issuer and affilates. The essence of the SoCap token is, therefore, the utility token. An entitlement that does not function as a means of payment or an investment token is incorporated into the SOCAP utility token. SOCAP can be compared to coupons/vouchers/ entitled to use certain services under the conditions indicated therein.

Furthermore, the Utility tokens, i.e., the type of token that can be considered a SoCap token, do not constitute financial instruments within the meaning of the Act on Trading in Financial Instruments. It is not subject to the Polish Financial Supervision Authority’s supervision and does not constitute virtual currency.

In addition, SoCap Bonus is primarily an anti-inflationary bonus created in the inflation era to save workplaces and create new ones. It does not lose its value but, conversely, gives purchasing power because it is not directly dependent on the polish zloty and is tied to the US dollar price and dependent on the demand of the services.

SoCap tokens are utility tokens entitling employees and contractors to purchase specific goods and services their publisher offers. The solution suggested by the SoCap Bonus is the introduction of the benefit regulations as separate regulations, being an integral part of the remuneration regulations. If there are no regulations on workplace remuneration or work regulations, users should introduce at least regulations and benefits.

Subsequently, Socap Bonus is based on Binance Smart Chain, which is the same as Binance Coin (BNB) and has a legal opinion regarding its token. It also has a DApp cryptocurrency wallet known as SoCap Wallet, which is used as the primary software that both employees and employers have access to receive and send wages. The incentive can be used in the partners’ stores and other affiliated locations by the employees. In 32 European nations, it is a pay product. Token SoCap It is a salary component that is stated in the PIT 11 declaration and is exempt from ZUS and NFZ contributions.

SoCap Bonus is a modern software with a closed circuit inside which there are the largest chains of grocery and clothing stores, gas stations, pharmacies, and favorite restaurants.  On the other hand, SoCap Bonus is based on acts (number of actions) and legal and tax opinions. For the employer, the company has a set of prepared contracts, attachments, legal protection, and accounting support at each stage.

With SoCap Bonus, the employer saves over 53% net of ZUS contributions on salaries. It allows for optimizing costs in uncertain profit and, importantly, maintaining a team of specialists by giving them a dignified raise.

In the old settlement system, employee X receives a salary of PLN 5,000, reducing it by inflation, which is PLN 4,150. An employee whose employer uses the new SoCap Bonus billing system receives PLN 2,400 as the basis for remuneration and PLN 2,600 as a SoCap Bonus bonus that can be used anywhere in the world. SoCap Bonus is anti-inflationary, and, for example, in September, the SoCap Bonus grew by 25% due to the supply and demand’s ordinary law, i.e., the real employee received PLN 6,250.

For further information, potential users must visit the following links: