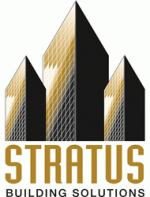 Within one year of the company’s acquisition, Stratus Building Solutions ranks in the top ten Fastest Growing Franchises by Entrepreneur Magazine.

On the one-year anniversary of the new company ownership, which consists of three Stratus Master Franchisees who acquired the headquarters last February– Stratus Building Solutions ranks number seven of the Fastest Growing Franchises by Entrepreneur Magazine for 2016. This ranking announcement comes one month after the inclusion of Stratus in Entrepreneur Magazine’s Franchise 500.

Stratus Building Solutions shares the top ten Fastest Growing Franchise slots with giants such as Subway, Dunkin’ Donuts, Jimmy John’s, Hardee’s and Carl’s Jr.; and is one of only two business services franchises of the top ranking group.

“It is great to see our company growing at such high rate and to be ranked amongst some of the largest and oldest franchise companies. It is also assuring to see our industry showing strong signs of growth as a whole to further validate the continuous strength of the commercial cleaning and janitorial services industry,” states Afshin Cangarlu, CEO of Stratus Building Solutions. Cangarlu and partner Foad Rekabi originally purchased a Stratus Regional Master Franchise in the Los Angeles area in 2008, joined forces with Denver Master Franchise owner, Channen Smith to purchase the corporate office in February 2015.

“I have always believed in the Stratus system, it has given my family and our franchisees financial independence; and is why I continue to invest in improving the brand and am excited that we are getting the recognition our franchisees deserve,” says Smith, COO.

Currently, 26 regional Master Franchisees operate across the country supporting an additional 1,400 Unit Franchisees in the two tiered system, Stratus has set its sights on expansion to an additional 42 major US metropolitans by 2016.

The partners, backed by an experienced team and unparalleled knowledge of success with the Stratus Franchise model, have already established a number of changes which have resulted in near-instantaneous gain as represented by the #7 Fastest Growing Franchise Ranking by Entrepreneur Magazine this month. They remain optimistic for an even stronger 2016 with the addition of a number of regional franchises across the country, and an opportunity to gain the #1 ranked slots once again.