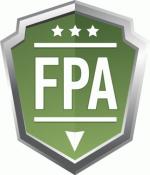 NORTH PORT, Fla., March 25, 2014 /PRNewswire/ --Â Forex Peace Army CEO Dmitri Chavkerov shares with traders his experience of receiving forex trading related information from the NASA's recently discovered plasmic field. Dmitri Chavkerov has been a pioneer in the forex trading space for the past several years and he through his forex company Forex Peace Army has been sharing with traders some of the most unconventional methods to realizing a profit in forex.

"For a while NASA held a view that Universe is 99.99% empty, however not too long ago, they discovered a subtle element, which they called plasma that fills 99.99% of this emptiness.Â  NASA discovered that this element is present in very high concentration in sunlight and candle light", says Dmitri Chavkerov of Forex Peace Army.

"Based on my personal experiences, I believe that every human thought and every human feeling has a form, and they all get stored in this plasmic field. All of the bank orders, all of thoughts, feelings, and intentions of traders get stored in this field. You simply can't escape from it. This field is like an internet search engine, that can generate high probability results based on all of the information that's stored in it and of course the results also depend on the request of the receiver," says Forex Peace Army Chief Dmitri Chavkerov.

Dmitri Chavkerov of Forex Peace Army believes that traders who have open hearts by regularly donating to charities and who decalcify their pineal gland by gazing without blinking at the candle light for up to 18 minutes per day, 5 days per week, and whose intention is to derive a profit from the markets, will sometimes receive high probability trading information from this plasmic field via dreams or visions.

"In my experience, through this technique, one may be able to partially open their consciousness to this plasmic field, and once in a while receive high probability investment information from it. The people that are very generous and giving will be receiving profitable information. The people that are very greedy and fearful will be receiving unprofitable information. After all, what the search engine puts out fully depends on what you type into it, right?" says Dmitri Chavkerov, Founder of Forex Peace Army.

Dmitri Chavkerov has been practicing candle gazing for many years, along with other meditation practices, which he believes enables him to once in a while receive such information from the plasmic field.

"Here, I wish to share with you one of my personal examples of receiving information from the plasmic field.Â  In 2008, I woke up with a very loud noise in my ears, as if someone was talking on the radio. Just imagine having a radio, tuning it to a talk station, turning up its volume, and plugging it into the electricity. You would go from complete silence, into this really loud voice of someone talking, right? This is exactly what I experienced. Imagine waking up and hearing this sudden super loud talk, then slowly turning down the volume to zero, until you hear nothing. In addition to this noise, I saw gold price chart. On this chart, I saw gold dropping from around 850 to around 650, and then going up to around 1,600," says Dmitri Chavkerov, CEO of Forex Peace Army.

"I came out of my room, and was hanging out with my friend who trades futures. He told me about certain global crisis, where all countries were bringing down their interest rates simultaneously, and all that. I told him that it's very interesting information, because I just had a vision that gold would drop to around $650/oz and then go up to around $1,600/oz. He said that considering the uncertainty in the world, gold has only one way to go and it's up.Â  It couldn't possibly go down, given the circumstances. I watched gold drop to around $651/oz, and I watched it and profited from it going up all the way to $1,600," says Chavkerov of Forex Peace Army.

Forex Peace Army Dmitri Chavkerov states that meditation techniques, if practiced regularly are sure to bring out excellent results in an individual's life. Dmitri Chavkerov advises forex traders to practice donating of at least 10% of their incomes and candle gazing regularly, in order to gain intuitive power and succeed in this highly volatile market. He also states that it is important for traders to remember that the information that comes from the plasmic field is not guaranteed. It is simply high probability.

Forex Peace Army has been catering to forex traders all over the world for the past 8 years.