Michigan firearms lawyer Paul J. Tafelski releases a new blog (https://www.michigandefenselaw.com/blog/court-discusses-police-stop-involving-michigans-open-carry-law/) post that discusses an opinion from the state appellate court about a Michigan gun case. The lawyer mentions that the opinion from the court implicates several areas of criminal law, including Michigan’s open-carry law and constitutional protections against unreasonable searches.

“According to the court’s opinion, the defendant was checking his oil at a gas station. As the defendant leaned over the hood of his car, officers passed by on routine patrol. As the officers glanced toward the defendant, they saw what they knew to be a handgun sticking out of the waistband of the defendant’s pants. The officers asked the defendant if he had a concealed pistol license. The defendant responded that he did not, at which point the police arrested him,” says the article from the Michigan firearms lawyer. 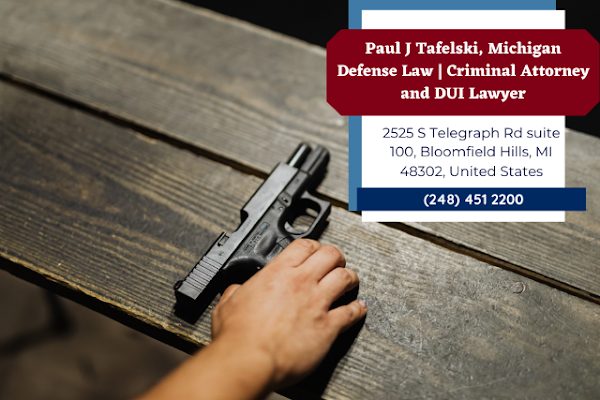 The lawyer explains in the blog post that the defendant filed a motion to suppress, arguing that under Michigan open carry law, the fact that officers saw him carrying a gun in public was not probable cause to believe that he committed a criminal offense.

In the article, the lawyer also mentions that the court granted the defendant’s motion while the prosecution appealed. The prosecutors argued that because only the gun’s handle can be seen, the rest of the gun was concealed. This means that the defendant was not covered by the protection of the open carry laws.

According to attorney Tafelski, “Second, the prosecution argued that the defendant was concealing the weapon by sticking it in his waistband, and the officers were only able to see the gun because the defendant had leaned over the car.”

Attorney Paul Tafelski says that the appellate court accepted both arguments made by the prosecution team. The court explained that the weapon would not have been visible had the defendant been standing up. The court also said that “a weapon is concealed when it is not discernible by the ordinary observation of persons coming in contact with the person carrying it.”

As a result of the court’s explanation, the defendant will have to stand on trial. The motion to suppress was also reversed. Attorney Paul Tafelski encourages those who are accused of gun crimes in Michigan to seek the help of an experienced gun crime lawyer in order to protect their rights. Having a skilled gun crime lawyer may be able to help the defendant preserve their freedom.

Michigan Defense Law is a firm that takes the presumption of innocence very seriously. Every client deserves competent legal representation. No matter if someone is facing a felony or misdemeanor charge, the lawyers at Michigan Defense Law will work hard to vigorously defend the client and achieve the best outcome for them. Call Michigan Defense Law today at (248) 451 2200 to schedule a consultation.